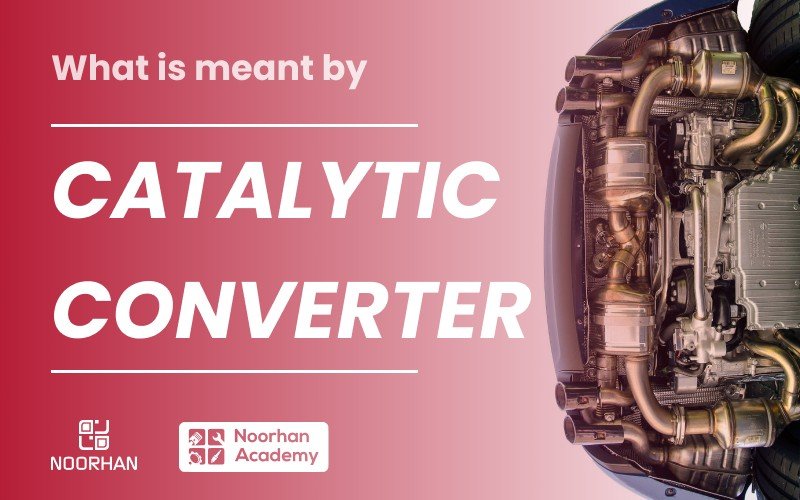 Have you ever given a thought, to how much amount of harmful gases exhausts from a car?

Traditional cars work on combustion engines. This means there is a fire in the engine that moves the pistons in the engine. There is burning of fuel and many reactions that result in the formation of harmful gasses inside the car.

Can you guess the total pollution caused by cars worldwide?

According to the U.S. Department of Energy, vehicles release about 1.7 billion tons (1.5 billion metric tons) of greenhouse gases into the atmosphere each year.

And this is after trying to reduce the emissions through different techniques.

This is where catalytic converters come in. They are used to reduce the harm caused by gasses that realize into the air…

In this article we will discuss the following:

What is a catalytic converter?

There is the formation of harmful gases in the engine, these gases are passed out through a pipe that exits the engine and blown towards the catalytic converter. The three of the most harmful gases are Hydrocarbons, Carbon monoxide, and Nitrogen oxide. These are not necessarily in form of gas. They are chemical compounds.

Once the gases pass through the converter, they are now less harmful. To understand what goes around inside the catalytic converter, let us discuss what is inside it.

How Does Catalytic Converter Work?

There is the formation of harmful gases in the engine, these gases are passed out through a pipe that exits the engine and blown towards the catalytic converter. The three of the most harmful gases are Hydrocarbons, Carbon monoxide, and Nitrogen oxide. These are not necessarily in form of gas. They are chemical compounds.

Once the gases pass through the converter, they are now less harmful. To understand what goes around inside the catalytic converter, let us discuss what is inside it.

What Is Inside a Catalytic Converter?

The inner side of the catalytic converter is made using platinum, rhodium, or palladium. There is also a ceramic honeycomb structure. These metals work as catalysts.

The catalyst is coated into a ceramic honeycomb, and attached to the exhaust pipe.

Working on the catalytic converter

There is an emission of three harmful chemical compounds from the engine of the car.

These are the following:

The hydrocarbons exist in the form of unburned gasoline or fuel. Carbon monoxide is formed by the combustion of gasoline or fuel. And Nitrogen oxide is created as a result of a combination of nitrogen and oxygen.

These are all terribly dangerous to the environment.

Reduction catalysts reduce the nitrogen oxides. Oxidation catalysts are used to change carbon monoxide into carbon dioxide. There is an oxygen sensor in the catalytic converter, this is only in modern cars, this oxygen sensor reports to the electronic control unit (ECU) about the oxygen found in the exhaust of the car.

Some symptoms that your catalytic converter is not functioning properly:

Bad Smell from the exhaust

As the catalytic converter deals with harmful gases, when it goes faulty, there are problems in chemical reactions that cause a bad smell. Your exhaust would smell like a rotten and foul odor. This is one of the signs of a faulty catalytic converter.

Problems in starting the engine

When there is clogging in the catalytic converter, the air had problems escaping the system. So when this air is trapped, it creates problems in the engine. This includes problems in starting the engine of your car.

Problems with the acceleration of the car

If you notice problems in the acceleration of the car, as in even when you apply the acceleration pedal, the vehicle doesn’t show the response it normally does. Again, this problem happens because of clogging in the catalytic converter.

An emission test or known as a pollution check test for a car is performed as per the rules of governments of different countries. There is a specific device used to check the emission. If you fail the emission test, it is a sign that the catalytic is not converting the harmful gases as it should.

What was the reason of rising in catalytic converter theft?

Recently, there was a wave in the United States and some other countries about the theft of catalytic converters. This got most people curious about why this was getting more common.

As we discussed at the beginning of this blog, there are metals like platinum, rhodium, or palladium in a catalytic converter. These are precious and expensive metals. So the sudden rise in catalytic converter theft was because it was sold in the market for a decent amount.

Wrap Up: How catalytic converter works

To make sure your catalytic converter is not malfunctioning, please get your car service done at scheduled intervals. Make sure that you don’t rash drive and overload the engine. And get your car emission checked from time to time.

10 Most Commonly Replaced Car Parts And When To Replace Them

Most Influential People in the Automobile Industry

A Quick Guide to Off-Roading in Dubai

Is It Worth Buying An Electric Car In Dubai?